“The future of wind energy is important to Corpus Christi, Texas and the United States; and our Rincon West Yard is an incredibly viable logistics option for the innovative wind energy industry,” said Port of Corpus Christi Chief Executive Officer, Sean Strawbridge. “The Port is proud to play a support role for Texas in leading the nation in wind energy development, and we are pleased to partner with Vestas in facilitating the transportation of wind energy infrastructure to the Blue Cloud construction site.”

Recently available at the Port of Corpus Christi, the Rincon West Yard is a 25-acre laydown yard in close proximity to Cargo Dock 9, located on the north side of the ship channel. Developed for Heavy Haul and Breakbulk Cargo with a 20” stabilized limestone base, the Rincon West Yard  includes potential for on-site railroal tracks. Adjacent highway systems and barge docks represent added logistical benefits for the new yard.

As America’s energy port, the Port of Corpus Christi is the nation’s number one port for handling wind energy components in the Gulf of Mexico. By the end of 2017, the Port reached a new wind turbine cargo milestone by handling more than 3,000 wind turbine components, including blades and tower sections. That number is up from 2,603 and 2,875 in 2015 and 2016, respectively.

As the leading U.S. Crude Oil export port and a major economic engine of Texas and the nation, Port Corpus Christi is the 4th largest port in the United States in total tonnage.  Strategically located on the western Gulf of Mexico with a 36 mile, 47 foot (MLLW) deep channel, Port Corpus Christi is a major gateway to international and domestic maritime commerce.  The Port has excellent railroad and highway network connectivity via three North American Class-1 railroads and two major interstate highways. With an outstanding staff overseen by its seven member commission, Port Corpus Christi is “Moving America’s Energy.” http://www.portcorpuschristi.com/ 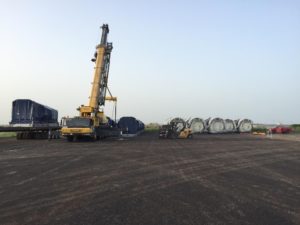 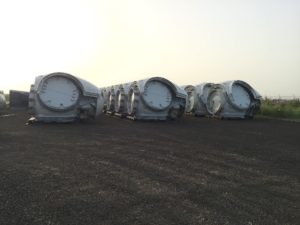