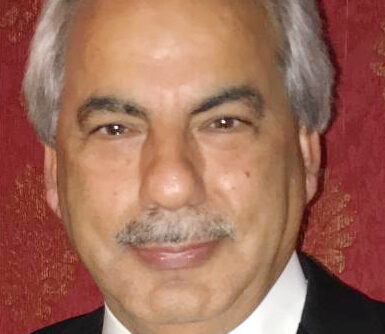 “Port Staff welcomes Commissioner Ahuja for his insightful perspective on the oil and gas industry, as well as his strong philanthropic ties to the South Texas Coastal Bend,” said Sean Strawbridge, Chief Executive Officer for the Port of Corpus Christi. “As the largest gateway for energy exports from the United States, Mr. Ahuja’s over two decades of experience in leadership roles in the oil and gas sector will serve the Port of Corpus Christi well, thereby continuing our commitment to creating value for our customers and community stakeholders.”

Commissioner Ahuja is the CEO of Texegy LLC, as well as President and COO of SV Energy Co. LLC, both independent oil and gas exploration and production companies in Corpus Christi. Ahuja has nearly 35 years of experience in the oil and gas industry and has been a resident of Corpus Christi for 33 years. His volunteer activities include serving as President of Foster Angels of South Texas – an organization that supports foster children in 19 South Texas counties – as well as a Board member for the Christus Spohn Foundation, American Heart Association, Chairman of the local Society of Petroleum Earth Scientists chapter and trustee of the South Texas Hindu Society Temple.

“I am honored and humbled to serve the Coastal Bend as a Port Commissioner,” said Port of Corpus Christi Commissioner Rajan Ahuja. “I look forward to helping our Port and our cities during these challenging and exciting times in any way that I can.”

“Commissioner Ahuja will no doubt bring a new perspective and fresh ideas to our Commission,” said Charles W. Zahn, Port of Corpus Christi Commission Chairman. “As the Port of Corpus Christi continues to build on its role as the leading energy export gateway in the United States, we look forward to the continued positive impact the Port has had on our local, state and national economies.”

As a leader in U.S. Crude Oil export ports and a major economic engine of Texas and the nation, Port Corpus Christi is the largest port in the United States in total revenue tonnage. Strategically located on the western Gulf of Mexico with a 36-mile, soon to be 54-foot (MLLW) deep channel, Port Corpus Christi is a major gateway to international and domestic maritime commerce. The Port has excellent railroad and highway network connectivity via three North American Class-1 railroads and two major interstate highways. With an outstanding staff overseen by its seven-member commission, Port Corpus Christi is “Moving America’s Energy.” www.portofcc.com