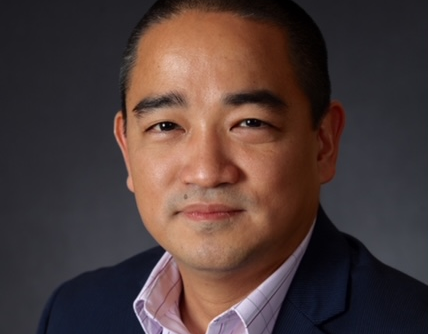 In his new role, Takizawa will oversee all business and trade development initiatives for the Port of Corpus Christi, including market development, management of customer relationships, new project initiatives and product diversification.

“I am excited at the opportunity to join the Port of Corpus Christi, especially as it celebrates 100 years since it was established,” said Yudi Takizawa. “I look forward to working with staff, Port Commissioners and our customers to foster greater economic growth for the Coastal Bend region.”

Takizawa spent 14 years with Vopak, most recently as Commercial Manager of Vopak Industrial Infrastructure (a joint venture between Vopak and BlackRock). Prior he acted as the Regional Marketing and Business Development Manager for Vopak Americas in Houston. He began his tenure with Vopak in Brazil in 2008, tasked with developing the Market Intelligence department. Takizawa also has held notable positions with Brazilian company Duratex S.A. (DEXCO), where he worked for nearly 10 years previous to his employment at Vopak.

“Yudi brings a fresh perspective and a breadth of international business experience we certainly need with our expanding role in the global marketplace,” said Sean Strawbridge, Chief Executive Officer for the Port of Corpus Christi. “Adding a thoughtful and seasoned business development executive of Yudi’s caliber strengthens our ability to positively maintain our existing customer relationships, while attracting new partnerships and new opportunities in the dynamic markets we serve.”

Takizawa holds a bachelor’s degree in business administration from the Instituição Toledo de Ensino in Brazil, as well as postgraduate degrees in marketing and business management from Fundação Getulio Vargas in Brazil. He also holds a Credential of Readiness from Harvard Business School Online. He speaks four languages.

As a leading U.S. energy export gateway and a major economic engine of Texas and the nation, Port Corpus Christi is the largest port in the United States in total revenue tonnage. Strategically located on the western Gulf of Mexico with a 36-mile, soon to be 54-foot (MLLW) deep channel, Port Corpus Christi is a major gateway to international and domestic maritime commerce. The Port has excellent railroad and highway network connectivity via three North American Class-1 railroads and two major interstate highways. With an outstanding staff overseen by its seven-member commission, Port Corpus Christi is “Moving America’s Energy.” www.portofcc.com