Following is an excerpt from a story posted in the Corpus Christi Caller Times:

Last December, the Federal government repealed a 40 year ban on exporting U.S. produced crude oil, legislation that was enacted originally to protect the United States from foreign oil shortages.   This landmark achievement positions the Coastal Bend to be a major hub for crude exports, further strengthening the case to deepen and widen the Corpus Christi Ship Channel.

For 90 years Port Corpus Christi has served as a major economic engine for the Coastal Bend Region in its role as steward of waterborne commerce. This role has one main driver behind it – to position all its customers for success.

Founded in 1926, the Port was originally developed to assist local cotton growers in selling their crops overseas. While still an agricultural hub, the Port has evolved as its customer base has diversified from cotton growers to refineries, oil and gas midstream companies, iron producers, and a host of other industries as the Coastal Bend continues to attract large industrial investments. Currently over $75 million dollars of goods value per day move through the port.

The port is at another major inflection point in its rich history. The significant increase in U.S. energy production has presented a golden opportunity to increase exports. However, this opportunity can only be fully realized with the proper infrastructure required to ship U.S. goods overseas to the markets where they are most in demand. South Texas is on the tip of the spear of this opportunity, but its full potential will slip away without additional investments in the Corpus Christi Ship Channel, the mainstay of Port Corpus Christi. 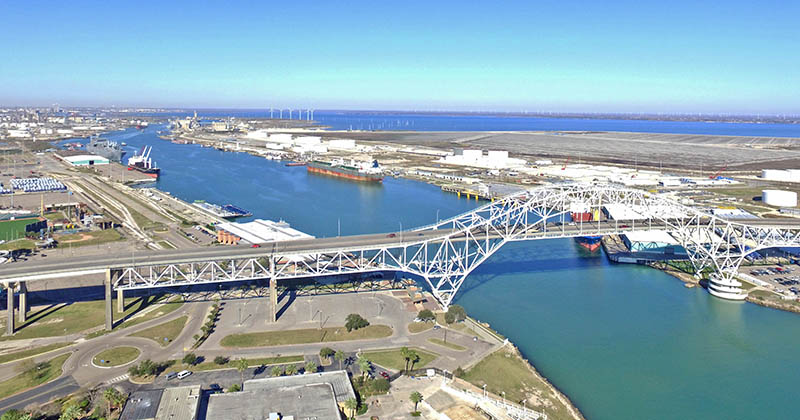