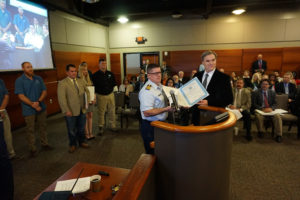 During a nighttime navigation of the Corpus Christi Ship Channel the nearly 39,000 ton vessel Captain Lippold was piloting suffered a critical malfunction when a fuel injector failed causing the vessel to lose power.

Using the vessel anchors,  the channel current, and coordinating with a nearby pilot boat, the Captain was able to safely maneuver the massive vessel without further incident or damage to the vessel or nearby structures.  Captain Lippold safely halted the ship near the Corpus Christi Ship Channel entrance, and prevented a potential disaster.

The Aransas-Corpus Christi Pilots, G and H Towing, and the Port Corpus Christi Harbormasters Office were lauded for their support during the event. 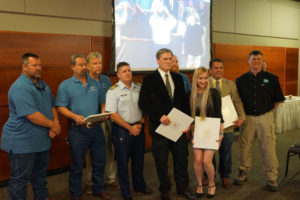